I’ve also written that I think many of us are going to have to turn to a subscription-based model (such as either Patreon or a traditional subscription-based Web site). Some of you got confused, thinking I was proposing this as the better method of serving readers. If this is you, I want you to read that post again carefully. It’s not the better choice — especially from the standpoint of readers. However, once ad revenue is removed, it just might be the only choice you have, if your goal is to earn an income through your self-published comics.

If you need any real-word examples of how this is playing out against the broader landscape, simply look to the announcement for the new Star Trek series. It’s not coming to Netflix or Hulu. Rather, it’s coming to CBS All Access — the network’s own subscription-based delivery service. Throw in other existing services such as HBO Go, and it’s clear to see that a fantasy/sci-fi fan is going to have to keep several subscriptions going to continue watching shows like Daredevil, Star Trek, Game of Thrones, and so on.

The same thing is going to happen in comics, folks.

And the results aren’t all bad. For example, once we remove ad revenue from the equation, we’re free to rethink many things that were no-brainers for over a decade of Web publishing. And one of the biggies is this…

The archive was once the webcartoonist’s secret weapon. A big archive meant big ad-revenue dollars. Binge-readers generated significant returns on CPM advertising, and long,winding archives means plenty of SEO-based opportunities for a new reader to discover you.

Although SEO discovery is still important, ad revenue is a much smaller factor than it was a few years ago.

The archive as a promotional tool

I have a 16-year archive of comics that includes three strips, one single-panel comic and a series of full-page comics — over 5,000 pieces at last count. And it kills me that these don’t generate the advertising revenue that they once did. But that doesn’t mean they’re worthless. 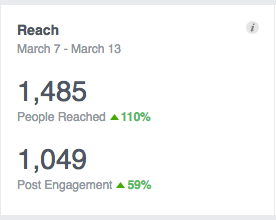 I’ve been having a great deal of success in using the old comics from my archive to promote my current work. Since starting last week, I’ve seen a marked increase in my engagement — particularly on Facebook posts.

My approach has been simple. I’ve been selecting a couple of comics from my archives — Courting Disaster and Phables have been working well, as have features such as “This Day in Evil Inc History” and “This Day in Greystone Inn History.” I always link to the main site — out of habit more than anything else.

But mainly, I’m using this as a tool to drive engagement. That’s one of the keys to successfully promotion on Facebook. The more people who “like” your Facebook page, the wider you’re able to spread your message. And the more people engage with your posts, the more of your posts they’ll see in the future. And the engagement data I’m getting is really encouraging. 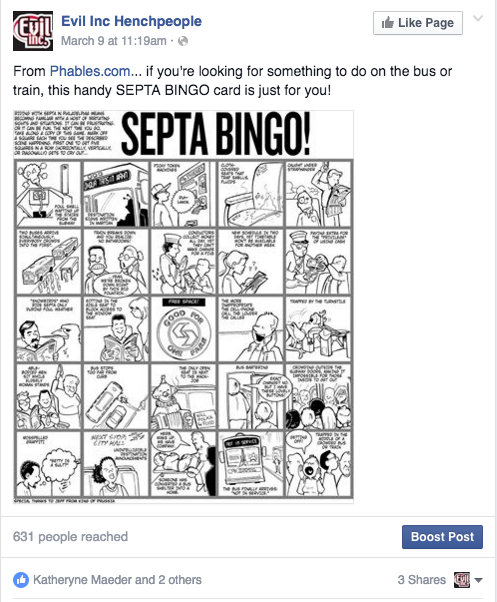 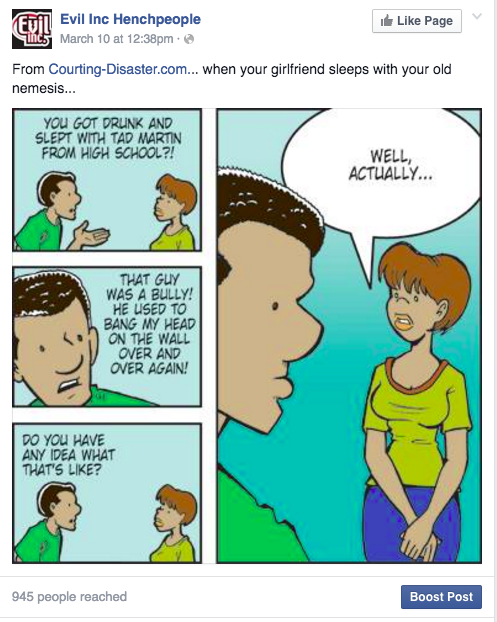 Best of all, I can cherry-pick the archives for the comics that are the strongest — or even ones that are topical.

I’ve been hitting Twitter and Imgur as well — but with limited success. I’ve been seeing a much more flat rate of engagement through Twitter for several months now. And I’m still trying to get my head around Imgur. My first post — a particularly cheesecakey Courting Disaster — went through the roof: 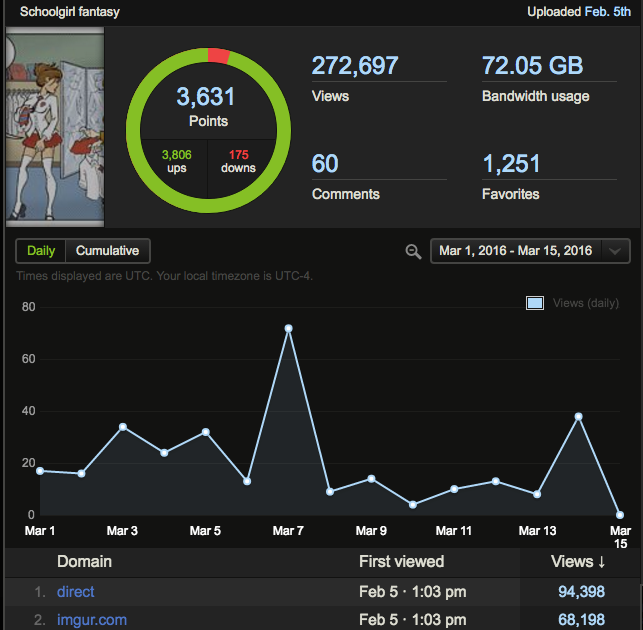 …but subsequent posts haven’t even come close. Furthermore, even when I did achieve 272,000 views, the actual tangible rewards were almost nonexistent. Little or no bump in my website traffic, and no noticeable engagement in my online store or Patreon campaign.

Nonetheless, I’m very optimistic about my ability to use archive material to promote my new work. 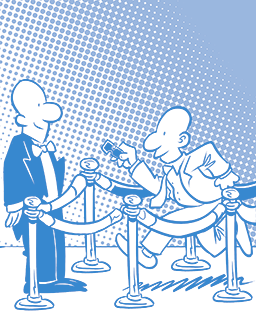 The archive as… Patreon reward

As a result of the sea change in online content-consumption, there’s a much smaller reward for keeping that archive readily available to binge-readers. Instead, I’m giving serious consideration to putting the majority of my archive behind a subscription wall. Once some clever coders use Patreon’s API to build a way to incorporate my patrons into my personal Web site, I can offer that subscription-based archive to my patrons as yet another reward.

I would, of course, keep a healthy chunk of my recent work available for free reading. After all, that’s the best way to turn a new reader into a fan. But my goal now will be to leave just enough free content on my site to convert a fan… and then convince that fan to be a subscriber. After all, only a fan is going to subscribe to get deep-archive access. Finding that sweet spot is going to take a little experimenting. But I think it’s got tremendous promise as a revenue source.

In the same way re-formatted sites should be directing deeper archive material into eBooks / print books, I think partitioning archives off for Patreon backers (or the equivalent under other subscription services) is going to be key. Patreon released its API a long time ago, and I’m still waiting for a WordPress plug-in to integrate Patreon and WordPress seamlessly. It doesn’t seem to be happening very quickly — and I think that has something to do with that fact that the solution has to be very careful of the potential risk of leaking credit-card information. But I’m, confident it will happen sooner or later.

And frankly, even if it doesn’t, it’s pretty easy to combine six months or a year’s worth of comics into an eBook and make that a Patreon exclusive.

by Brad Guigar on March 31, 2017
Posted In: Digital publishing, Marketing / Social Media
Comments available to logged in users only.